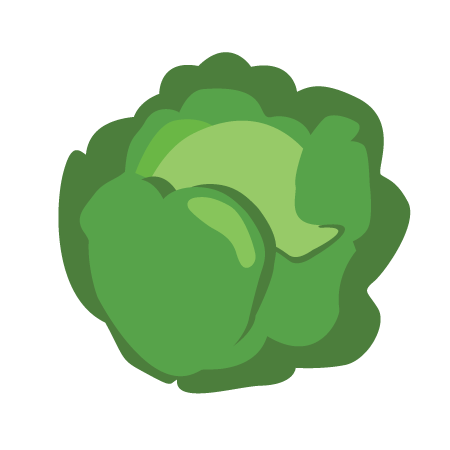 Ron’s juice was specially formulated for us by Michelin-starred chef, Ron Blaauw. Prepare to be surprised by a sensual mix of his favourite seasonal vegetables and fruit. Everything is pure, local, organic and also very tasty!

Ron Blaauw is a Dutch Michelin-starred chef who has no less than two stars to his name. He became known for his excellent restaurant called Ron Blaauw, and for the various gastrobars that bear his name. You might also know Ron Blaauw from the Dutch version of TV program, Top Chef. Since the beginning of Sapje, Ron, together with his family, have been regular customers of ours. As if that wasn’t enough honour, he also took up our invitation to make his own recipe for an organic Slowjuice vegetable juice, especially for Sapje. Ron’s juice is the delicious and healthy result.

Ron’s Juice is freshly made with the slowjuicer and each ingredient is 100% organic and as local as possible. Ron Blaauw put it together with some of his favourite seasonal vegetables, seasonal fruit and spices. As a result, the exact ingredients will change a little bit each season. This is not only environmentally conscious, but also ensures the best taste and the highest nutritional value. In any case, Ron Blaauw’s juice always contains his favourite vegetable: The Dutch cabbage. In addition, this surprising juice contains beetroot, carrot, blood orange, pineapple and passion fruit. Together, they make a tasty health cocktail that is rich in vitamins, minerals and antioxidants. Vitamin C and vitamin A support your immune system and ensure beautiful skin. Potassium contributes to healthy blood pressure and helps your muscles function properly. Vitamin K promotes blood clotting and the absorption of minerals in your bones. Folic acid supports the production of new cells in your body. Since this Slowjuice by Ron Blaauw is frozen immediately after pressing, all the valuable nutrients are optimally preserved, and it is done entirely naturally, without preservatives. Get Ron’s frozen juice delivered to your home and enjoy a deliciously fresh, organic vegetable juice whenever it suits you!

THE FLAVOUR OF RON’S JUICE

When you let a Michelin-starred chef like Ron Blaauw make a juice, you expect something special. A rich palette of fragrances awaits you as soon as you open a bottle of Ron’s juice. You’ll probably smell some earthy aromas from the carrot, squash and beetroot, with the zesty, sour scents of lemon and blood orange in the mix. This beautiful blend of light and dark, earthy and sunny is also reflected in the taste. The pineapple and passion fruit give it a tropical touch, while the ginger warms it up even further and makes it a little spicy. The apple, cucumber and lemon provide some fresh coolness and balance. Would you like to treat your senses to a Michelin-star-quality vegetable juice? Then, you should definitely order Ron’s juice!

Good for blood pressure, supports normal muscle function and plays an important role in the functioning of the nerves.

Good for vision, and contributes to normal iron metabolism, helps care for the skin from the inside out and has a positive influence on the immune system.

Good for the heart, memory and concentration. Has a positive influence on the functioning of the nervous system.

Activates the natural energy in the body. Is important for healthy skin and a good memory. Helps reduce fatigue and tiredness.

Important for the formation of red blood cells, promotes energy metabolism, contributes to the regulation of hormonal activity and helps reduce fatigue.

Supports your immune system and is an anti-oxidant, protecting it against free radicals. Contributes to the formation of collagen, which is important for healthy blood vessels and beautiful skin. Is important for a well-functioning mind and the optimal functioning of the nerves.

An antioxidant that strengthens the immune system. Helps protect body cells from damage caused by pollution and sunlight, among other things.

Promotes blood clotting. Supports the absorption of minerals in bone tissue and contributes to the formation and maintenance of strong bones.

Contributes to strong teeth and supports the mineral balance in tooth enamel.

Contributes to the normal functioning of cell membranes and the maintenance of strong bones. Promotes energy metabolism.

Supports the formation of red blood cells and haemoglobin, contributes to the process of cell renewal, helps the immune system, has a beneficial effect on normal oxygen transport in the body and keeps the mind clear.

Supports iron transport in the body, is good for the nervous and immune systems and helps protect body cells.

Helps maintain strong bones, contributes to a good electrolyte balance and is good for concentration.

Important for the normal formation of connective tissue in cartilage and bones, is good for the skeleton and works to protect against free radicals.

Is conducive to concentration, good for hair and nails and helps to keep the skin healthy.

More Juices
We are delighted that you want to order from us. But because we deliver with a freezer truck and of sustainability, we kindly ask you to order at least 14 juices or a juice cleanse.